By Sonal Pandey in Emotional Pain 3
Take the FREE Tap Easy Tapping Challenge
Next Round is Starting TODAY Hurry! 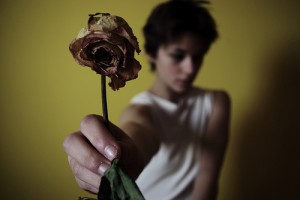 EFT Tapping when you're feeling hurt by what someone said

The other day something happened that left me feeling upset and angry.

I was out for my daily walk in the evening when a bunch of acquaintances passed by. There was some chit-chat and one of them shot a taunt aimed directly at me.

I was taken aback, but didn’t respond mainly because of the shock. I chose not to make a big deal of it, but those words have lingered in my mind.

The one question that’s bothering me is, how to get even, or get over such situations? Sound familiar?

Rude remarks from undiscerning people are all too common at workplaces, social gatherings and even coming from friends. So if any such incident happened in your life, even if long ago, and you cannot shrug it off, this EFT Tapping will help you. It has helped me for sure.

Even though I just can’t get over those rude words they blurted out, I want to drop this matter like hot coal instead of carrying around the hurt till eternity.

Even though I hate that person for saying those things, and I’m frothing at the leash to get even, all this mental whirring is wasting so much of my energy that I can use doing enjoyable things instead. It sounds difficult, but I do want to feel peaceful.

Even though I’m still in shock about how someone can say such things, I’m open to relaxing a little bit and walking away without feeling like a loser who cannot shoot back.

Side of the eye    How can someone say such a thing?

Under the eye    I’m stiff with anger and loathing!

Under the arm    Crudeness shows through

Top of the head    their choice of words, their attitude,

Eyebrow    their tone, their body language.

Side of the eye    And I should think nothing of that?

Under the eye    Some people lack even basic etiquette.

Under the nose    They just can’t seem to control

Chin    their own lashing tongues.

Under the arm    before blurting out.

Side of the eye    The worse thing is,

Under the eye    they don’t even realize they are being rude!

Under the nose    I want to teach them a lesson.

Chin    So that they remember

Collar bone    not to mess with me.

Under the arm    I want to lash out at them,

Top of the head    pay back in the same coin

Eyebrow    whenever I get a chance.

Side of the eye    But keeping scores is a tiring job.

Under the eye    I want to be carefree

Under the nose    instead of letting their words get under my skin.

Chin    But even if I want to forget and move on,

Under the arm    keep reminding me to settle scores.

Top of the head    Now before you go about telling me

Eyebrow    what an emotional ninny I am,

Side of the eye    I want to set the record straight.

Under the eye    Maybe I shouldn’t care

Under the nose    about what others say,

Collar bone    I don’t want to harden my emotions

Under the arm    to the point of becoming a rock.

Eyebrow    because of someone’s insensitive remarks.

Side of the eye    Now you’ll tell me

Under the eye    to “just ignore” their comments.

Under the nose    Why should I always be the one

Chin    to be the bigger person,

Collar bone    the one who forgives and forgets?

Under the arm    That is not fair to me.

Top of the head    What if their remarks were well-meaning

Side of the eye    Whatever their intention,

Under the eye    it sure hurts to hear it so bluntly put.

Under the nose    But where do I draw the line?

Chin    When should I take offense?

Collar bone    And when should I let things slide?

Under the arm    Maybe I can let my good sense decide

Top of the head    in accordance with my highest good and happiness.

Eyebrow    So I don’t have to walk around fearing

Side of the eye   what someone might say to upset me.

Under the eye    Relaxing this tightness in my jaw and my shoulders.

Under the nose    If there is something I need to say

Chin    to this person, I choose to do so rationally.

Collar bone    For now, I’m brushing off their verbal garbage,

Under the arm    letting it slip out of my mind

Top of the head    like sand slipping out of my hand.

Under the eye    as a souvenir of what someone said to me.

Under the nose    I’m releasing all the stress

Chin    those two-penny worth of words have caused.

Collar bone    I’m releasing this urge to get even.

Under the arm    It’s just not worth my time.

Top of the head    I’m moving on, free and confident!

Tapping through this EFT script should lessen the sting of the insult and calm you down enough to start feeling better. If you are around critical people a lot of the time, such as at work, I also recommend you tap through this script Dealing with Critical People Using EFT Part 1. Here’s a more general EFT stress relief script that you might find useful as well.