By Sonal Pandey in Fine Tuning for Success 0
Take the FREE Tap Easy Tapping Challenge
Next Round is Starting TODAY Hurry! 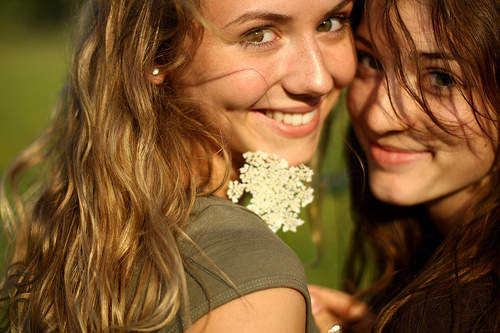 Did someone in your childhood or even adulthood, declare what a loser you were or going to turn out to be? Someone you looked up to, or someone who had power over you? A school teacher, a snarky aunt or even your own parent?

Insulting words can remain stuck in our psyche and can often run our lives, even without our conscious knowledge. And then we start to wonder if there wasn’t some truth in what they said, since we are turning out to be losers alright. Somebody’s hurtful words from the past can actually turn into your personal motto, unknowingly, and block your success at every step. A part of us does not want to argue with what was said since we still feel disempowered. How about we try tapping to clear out this harmful memory?

If you are new to EFT, please see our EFT tapping tutorial first. That will get you up and running with EFT quickly.

This script takes about 8 minutes to tap through.

Tip: For better results, pick an emotionally intense incident such that someone’s insulting words from that time still rankle in your mind. In a single go of the script, focus on this incident and person(s). It is okay if more of their harsh words from another time come to mind. Just acknowledge that and keep tapping.

Even though they said I’ll amount to nothing, and I thought it true, it is unfortunate that somebody’s words have held me back all this time.

Even though they said I’m not fit to be successful, and it was very damaging, a part of me is just perpetuating that damage by still believing what they said.

Even though they sniggered at me and made me feel like a complete loser, I want to stop feeling this way. I don’t want to be bound anymore by what anyone said about me.

Even though I could not argue with what they said, then, a part of me now questions their authority to make remarks about my life.

Eyebrow       They held power over me.
Side of the eye      But no more!
Under the eye      But if what they said was not true
Under the nose to at least some degree
Chin      then what explains all my failures?
Collar bone      Could it be that their words
Under the arm      became a self-fulfilling prophecy for me?
Top of the head      It sure felt like they knew

Eyebrow       what they were talking about.
Side of the eye      But a part of me now questions that.
Under the eye      Did they really tell the truth
Under the nose or were they just driven by their own
Chin      problems to find a victim in me
Collar bone      whom they could put down
Under the arm      by way of those damaging words?
Top of the head      I have lived by their words long enough.

Eyebrow       It is time to break free!
Side of the eye      But a part of me won’t let go.
Under the eye      Those words seemed so true.
Under the nose What if they would just leave this decision
Chin      about whether or not I’m a loser, to me?
Collar bone      I am the best judge of myself.
Under the arm      Since no one knows me better than myself.
Top of the head      What if they just didn’t know any better?

Eyebrow       At the time, I was in a state of mind
Side of the eye      where I couldn’t question what they said.
Under the eye      But no more! I will decide for myself.
Under the nose I am open to releasing this black cloud
Chin      that has shadowed my life all this time.
Collar bone      Releasing all these negative words
Under the arm      that have hung over me all this time.
Top of the head      Releasing the echoes of those damaging words.

Eyebrow      Gearing myself up for healing now.
Side of the eye      It’s time to heal any and all damage I have allowed
Under the eye      into my life just because of someone’s off-handed remarks.
Under the nose It is my life and I’m responsible for it.
Chin      So it is no one else’s place to tell me
Collar bone      how I should turn out to be.
Under the arm      Releasing all this hurt I have carried around in my heart.
Top of the head      Releasing all this pain, dejection and memories

Eyebrow       that are doing me no good.
Side of the eye      I owe it to myself. It’s high time
Under the eye      to set myself free, to live by MY words.
Under the nose So I’m doing just that.
Chin      Wiping out any and all traces of abusive words,
Collar bone      imagery and haunting echoes from my life.
Under the arm      Setting myself free from the past, for good.
Top of the head      And choosing to be calm and confident.

With this, you may start to notice subtle changes in your life. Some notable changes may be that when you encounter any blocks to your success, you will not habitually think back to those words to acknowledge their truth. When you look back to the time when those words were spoken, you may feel okay, neutral, and not upset. If you do not see these benefits, it might be worth tapping through this script once again with the same focus incident or other similar incidents. If other negative thoughts come to mind while tapping through this script, make a note of them and tap on them after you are done with this script.