By Sonal Pandey in Fine Tuning for Success 3
Take the FREE Tap Easy Tapping Challenge
Next Round is Starting TODAY Hurry! 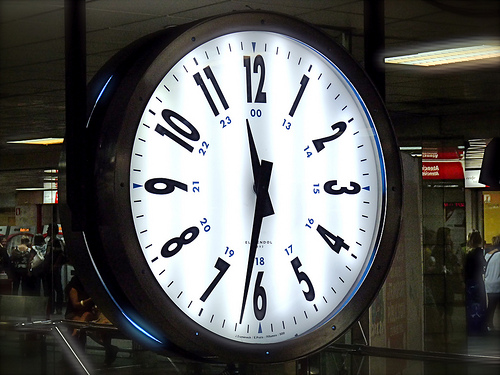 The ticking clock, the “now or never” sale, the pushy boss, the cute new guy – these are all triggers that can lead you to rush into mindless actions, throw away cash unnecessarily, or do things simply based on impulse. May be you’re feeling an urgent need to rush into a relationship, or the urge to pick up the phone and lash out at someone. Or an urgent desire to order that very expensive watch you’ve been eyeing, even if you can’t afford it. May be you’re being offered “the deal of a lifetime” and you’re feeling rushed to take up the offer. Even if on any other day you would have rejected it point blank. Deals come and go, people come and go. But do you find yourself overcome with impulse to do things more often than you’d like to admit? How about we try EFT tapping for a situation where you’re feeling rushed to take action?

Even though I want to rush into this action, and I’m not even sure if it’s any good, I deeply and completely love, accept and forgive myself.

Even though I am afraid something bad will happen if I don’t act fast, I want to learn to differentiate better between things that are truly urgent and those that aren’t.

Even though a part of me is feeling an urgency to take this action, I want to slow down enough so that I can consider the pros and cons clearly before taking the next step.

Even though I often rush into things, without really thinking first, I’d rather take a step back and think things over the next time I feel an impulse to rush into something.

Under the eye    Time is running out.

Chin    I’ll lose all motivation if I slow down.

Collar bone    I’ll miss out on something precious if I don’t act fast.

Under the arm    I’ll be left behind.

Top of the head    Maybe someone else wants me to hurry.

Eyebrow    Maybe I want this action to be over with.

Side of the eye    This impulse to act fast.

Under the eye    This urge to take instant action.

Under the nose    Maybe I like this adrenaline rush.

Chin    But I can make better choices with a cool head.

Collar bone    Without twisting myself up in knots.

Under the arm    Hasty action often results in regret later.

Top of the head    Maybe I’ve got used to rushing into things.

Eyebrow    Just because someone says so,

Under the eye    to take action, to throw away money or react impulsively.

Collar bone    Telling me to hurry or something bad would happen.

Under the arm    Maybe it was their way of controlling me.

Top of the head    Even if they meant well.

Eyebrow    When I rush into things, I lose control.

Side of the eye    But I’d rather be in control of my actions.

Under the eye    Because I’m responsible for the results of my actions.

Under the nose    Acting thoughtlessly means I’m not fully present in the moment.

Chin    I have so much more control when I’m fully present.

Collar bone    So I choose to slow down.

Under the arm    I am slowing down enough to be able to think clearly.

Top of the head    I choose to allow myself enough time

Eyebrow    to process all aspects of this action.

Side of the eye    All the effects and side effects.

Under the eye    I choose to take action from a more stable vantage point.

Under the nose    Knowing that my choice was made after due deliberation.

Chin    I’m opening up to the idea that impulse

Collar bone    is not a good driver for my bus.

Under the arm    Knee jerk reactions can lead to accidents.

Top of the head    I choose to drive my own bus now, slowly but surely.

Eyebrow    I choose to release all this need to rush into action.

Side of the eye    I choose to release all this fear

Under the eye    that something bad could happen if I use my mind before taking action.

Under the nose    I choose to forgive anyone who made me feel rushed.

Chin    I choose to forgive myself for giving in to my impulse.

Collar bone    I choose to free myself from this invisible push so I can think clearly.

Under the arm    I’m not a pushover, not anymore.

Top of the head    I’m now calm and confident.