By Sonal Pandey in Emotional Pain 1
Take the FREE Tap Easy Tapping Challenge
Next Round is Starting TODAY Hurry! 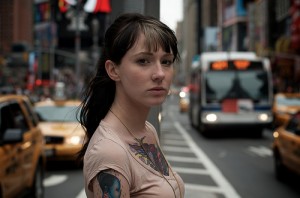 Something’s happened, and it’s just not how you had expected it to turn out.

You feel disappointed, even angry, when hopes get dashed and the results seem unacceptable.

When things don’t turn out to our liking, the heartache can be difficult to handle. Sure, it gradually reduces over time, but some longing and disappointment can still linger on.

How about we try to see if we can turn things around right now?

Tapping through this script takes about  7 minutes.

Even though I’m so disappointed and angry how things have turned out, it feels like nothing new, since I’m on an auto-pilot ride to the “land of the eternally disappointed” anyway. I wish I could steer clear of disappointments though.

Even though I’m so disappointed and angry with how it has turned out, I don’t want to pretend like I’m cool with it. I’m not cool with it, and that’s okay.

Even though I feel uneasy in the pit of my stomach while waiting for an outcome, I choose to feel confident instead, knowing that I can digest any kind of outcome, good or bad.

Even though I’m sick and tired of getting undesirable results, I’m open to newer ways of thinking so I can change the kind of outcomes I get from now on.

Even though I feel so unlucky, and maybe undeserving too, I want good things to come my way with ease, even if it seems too good to be true.

Side of the eye    I’m so angry how things have turned out!

Under the eye    And I’m supposed to be cool about it?

Under the nose   This is unacceptable!

Chin    I should have seen it coming.

Collar bone    Why does it always happen to me?

Under the arm    It must have been my fault in some way.

Top of the head    Or somebody else’s for sure.

Eyebrow    People let me down. I let myself down.

Side of the eye    I don’t trust anyone anymore.

Under the eye    I only get diminished results from everything.

Under the nose    There’s always something missing.

Chin    Why should I have to put up with far from likable results?

Collar bone    This sort of a thing demotivates me, sets me back.

Under the arm    I’ve had so many disappointments in life,

Top of the head    It now feels like I’m automatically set up for disappointments.

Eyebrow    Even before I know how something will turn out,

Side of the eye    I feel the fear that I will be disappointed.

Under the eye    And in this case it has been no different.

Under the nose   It just proves my point.

Chin    Even if I am hoping for a positive result,

Collar bone    things almost never turn out to be

Under the arm    exactly how I imagine them to be.

Top of the head    I’m just plain unlucky. Or undeserving. Or both.

Eyebrow    But why should I be less deserving

Side of the eye    than those other people

Under the eye    who seem to run into lucky chances wherever they go?

Under the nose   They seem so casual too,

Chin    about all the good things coming into their lives.

Collar bone    I’m entitled to all the good things too.

Under the arm    It doesn’t matter what Mr. Murphy said,

Top of the head    about how if something can go wrong, it will.

Eyebrow    Maybe I took his statement too seriously.

Side of the eye    Now I choose to loosen up a little.

Under the eye    I choose to release this fear that things will go wrong.

Under the nose   I choose to take life as it comes.

Chin    Even if something does not turn out

Collar bone    to be exactly as I wanted it to be,

Top of the head    and be grateful for that anyway.

Eyebrow    I am smart enough to take preventive action.

Side of the eye    Part of that preventive action is to

Under the eye    lose this fear of disappointment.

Under the nose   I can handle disappointment. No really I can.

Chin    And if things get too bad, for my own sake,

Collar bone    I am smart enough to take corrective action too.

Under the arm    I’m willing to learn from my disappointments.

Eyebrow    doing things in a way that brings me disappointment.

Side of the eye    I’m opening up to newer ways of looking at things.

Under the nose   the Universe can send my way.

Chin    I choose to be grateful for what I already have.

Collar bone    And If I want something, I choose to tune into

Under the arm    the good feeling it will bring me.

Top of the head    I’m feeling calm, confident and full of hope.

After one round of this tapping, you may no longer feel the disappointment with as much intensity as before. In its place, you may feel calmer, more pulled together. Repeat tapping through it once more if you feel the need.

You may also find this EFT tapping about anger management useful and this other one for when you tried your best but the results didn’t measure up.