By Sonal Pandey in Self Confidence & Dealing with People 0
Take the FREE Tap Easy Tapping Challenge
Next Round is Starting TODAY Hurry! 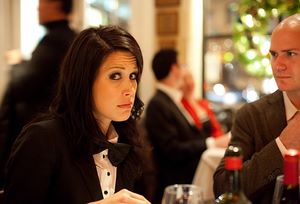 “It’s not the load that breaks you down; it’s the way you carry it.” ~ Lena Horne

In the world we live in today, asking for help or even a small favour is often viewed as a sign of weakness. This causes so many of us to struggle and suffer silently even when obvious sources of help are around.

At times, asking for help creates a certain awkwardness that turns into a game of one-upmanship and eventually a power struggle.

What if we could connect to people in ways that asking for help neither creates shame nor receiving it a power imbalance? How about we offer help ourselves to those in need so we become more and more comfortable with the idea of giving and receiving?

Here’s an EFT tapping script that will help you relax around the idea of asking for help when you need it. It will also calm the inhibitions and blocks that arise when we consider approaching someone asking for a favour.

Tap along to this script if you routinely hesitate asking for help or if you are considering approaching someone with your problems but holding yourself back. It is also a useful one if you generally feel that your interactions with people are often the kind where you feel like the weaker one.

Even though I feel held back and ashamed asking someone for a favour, what if I could see the bigger picture and the purpose timely help would serve to make things better?

Even though this whole process of asking for a favour turns into a weird power struggle, I am open to understanding how to balance this equation of give and take.

Even though I feel weak and needy asking for help even when I really need it, it is true that by holding myself back this way, I’m only doing myself a disservice. I’m open to remembering that by receiving help when I need it, I can emerge stronger and be of help to others in turn.

Even though I just don’t like the weird equation I share with the person from whom I ask for help, what if I could learn to see the same interactions with fresh eyes and a new outlook?

Eyebrow    I feel afraid asking for favours from others.

Side of the eye    Even when I genuinely need help,

Under the eye    I often hesitate to ask for it.

Under the nose    I feel ashamed asking for help.

Chin    It makes me feel needy and inferior.

Collar bone    I don’t want to burden others.

Under arm    And what if they refuse?

Top of the head    There will be awkwardness from then on.

Eyebrow    If they agree, there will be a burden

Side of the eye    I will have to carry on my shoulders.

Under the eye    Others helping me puts me in a weaker

Under the nose    position compared to them.

Collar bone    I don’t like to push people into doing things for me.

Under arm    They may secretly loathe helping me.

Top of the head    I don’t want to lose people’s affection and respect.

Eyebrow    It hurts when someone rejects my plea of help.

Side of the eye    Even worse, when they help and then

Under the eye    try to take advantage of it.

Under the nose    I don’t like being indebted to people.

Chin    What if instead of a burden to return the favour,

Under arm    And in the future, do the best I can to help them in turn?

Top of the head    But what if gratitude isn’t enough?

Eyebrow    What if they try to overpower me from then on?

Under the eye    I am not trading away my identity and self-respect?

Chin    how or if to return a favour?

Collar bone    Sometimes others are truly in a position

Under arm    of greater power than I am.

Top of the head    I feel jealous that they are the stronger one.

Eyebrow    And that makes me not want to ask for help.

Side of the eye    What if I could keep my ego aside at such times?

Under the eye    What if I could look at the big picture at such times?

Under the nose    And see how help from others will make everything better?

Chin    But I don’t like to become dependent on others.

Collar bone    But it is also true that I’m never truly self-dependent.

Top of the head    Everyone needs help at some point.

Eyebrow    And I’m no exception.

Under the eye    about what I can handle myself and what I need help with?

Under the nose    Instead of brushing away all options for help,

Chin    what if I decide on a case by case basis?

Under arm    By asking someone and necessarily expecting them to agree,

Top of the head    where am I really asking? I’m controlling.

Eyebrow    When I ask for help, what if I could remember

Side of the eye    that others have a say in what they agree to do.

Under the eye    What if I could remember next time

Under the nose    that people have their own problems too,

Chin    and often good reasons for turning down a plea.

Collar bone    As I open up to ask for help from others,

Under arm    I also open my heart to helping others in need.

Top of the head    I am understanding better and better

Eyebrow    that it is not about keeping scores at all.

Side of the eye    As I help others, and receive help myself I become

Under the eye    a greater and greater part of the tapestry that is this Universe.

Under the nose    I become not only a receiver, but a contributor.

Chin    I feel great joy in helping others selflessly.

Collar bone    And I express my gratitude freely.

Under arm    I feel comfortable taking a leap of faith.

Top of the head    I feel calm and confident asking for help.