By Sonal Pandey in Fine Tuning for Success 2
Take the FREE Tap Easy Tapping Challenge
Next Round is Starting TODAY Hurry! 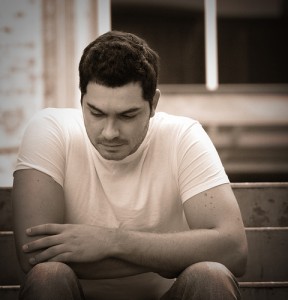 How to use EFT to clear commitment jitters

Committing to marry someone, accepting a new job offer or school admission, making the down payment for a house, buying a luxury car – these are all instances that require you to first make a decision, a commitment, and then live up to it. But once we have decided, once we have signed on the dotted line, once we have made the promise, pesky thoughts often start raising doubts about the goodness of our decision.

Recently I got my 2 year old son admission into a play school. But now I have my doubts about how he will cope, whether he is too young, and whether I made the right decision. I can always pull him out if he doesn’t like going there. But being plagued by nagging thoughts even before he has started going there isn’t a good feeling. So I wrote up this EFT script so we can clear decision jitters whenever the case calls for it.

This EFT script is good for all situations where you had to make a decision and now you’re wondering if you made the right choice.

Even though I have doubts about the decision I made, I understand that I tried to do the best I could when I was faced with that decision.

Even though my mind is in overdrive thinking about how I will regret this decision, I want to slow down and take advantage of the power I do have in THIS moment instead of getting lost in imaginary scenarios.

Even though my decision may really be a bad one and cause me much regret later on, I wish I could do what is needed for my highest good and happiness NOW instead of constantly fearing the repercussions of my actions.

Side of the eye    What if I committed too soon?

Under the eye    What if I cannot revert my decision?

Under the nose    Reverting decisions is messy.

Chin    And what will be the value of my word?

Collar bone    I so want to run back.

Under the arm    This sense of finality scares me.

Top of the head    Part of me wants to play along.

Eyebrow    Another part of me wants to quit.

Side of the eye    Why did I get myself into this state?

Under the eye    I wasn’t thinking clearly

Under the nose    when I made this choice, was I?

Chin    It seemed like the right thing to do.

Under the arm    About where this is heading.

Top of the head    My nagging thoughts keep questioning

Eyebrow    whether I really did the right thing.

Side of the eye    My mind keeps bringing up

Under the eye    scenarios for me to regret my decision.

Under the nose    Why didn’t I consider all the pros

Chin    and cons before rushing to decide?

Under the arm    the trends, copy others.

Top of the head    I rushed into things

Eyebrow    and now I’m not even sure.

Side of the eye    My decision is going to influence

Under the eye    others too, what about that?

Under the nose    This burdensome feeling of guilt

Chin    is weighing me down.

Collar bone    These jitters loosen my grip on reality.

Under the arm    They make me wonder how much

Top of the head    I do understand of the world.

Eyebrow    They make me question my ability

Side of the eye    to make sound decisions.

Under the eye    But what if things do work out?

Under the nose    What if I could tackle any challenges

Chin    this path throws my way?

Collar bone    Maybe I can own up to the responsibility

Under the arm    that comes with this decision,

Top of the head    and take life as it comes.

Eyebrow    Who knows, I may even like the change.

Side of the eye    My decisions help me grow,

Under the eye    move forward, and become wiser.

Under the nose    Would I like it if this decision

Collar bone    But that someone else made it for me?

Under the arm    Nah, I’d rather decide for myself

Top of the head    even if it means taking responsibility

Eyebrow    for the end results.

Under the eye    and I made the best decision

Under the nose    I could under the circumstances.

Chin    I acknowledge that at all times

Collar bone    I’m trying to do the best I can.

Under the arm    So I release this need to

Top of the head    question myself again and again.

Eyebrow    I trust myself to do whatever is needed.

Side of the eye    Releasing this tightness in my chest.

Under the eye    Freeing my mind to think clearly.

Under the nose    Releasing this need to be easily swayed

Chin    by the opinions of others.

Collar bone    Choosing to listen to my heart first.

Under the arm    Asking my good sense to show the way forward.

Top of the head    I’m now calm and confident.

2 Responses to Doubting Your Decision? Clear Commitment Jitters with EFT